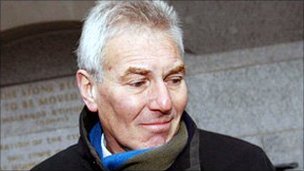 Former Labour MP David Chaytor has launched a bid to challenge his jail sentence for fiddling his expenses.

He was sentenced to 18 months in January, after admitting fraudulently claiming more than £20,000.

The Court of Appeal will consider his application on 22 March. If he is granted leave to appeal, three judges will hear the full challenge.

The Lord Chief Justice Lord Judge and two other judges will hear the application. The prosecution will also be represented.

When he was sentenced, a court heard Chaytor was a "broken man" who had paid a devastating price for his expenses claims.

He stood trial having failed in a legal bid to have the ancient right of parliamentary privilege - which protects MPs from legal action arising from events in Parliament - applied to expenses.

Chaytor, 61, submitted bogus invoices for IT consultancy work and claimed for rent he never paid on a property in London which he actually owned, and another one in Bury which was owned by his mother.

He was the first MP to be sentenced over the expenses scandal. Facing three counts of false accounting, he changed his plea to guilty days before his trial was due to start in December.

Since then another former Labour MP, Eric Illsley has been sentenced to a year in jail over his expenses.

Another former colleague, Jim Devine, was found guilty of two counts of dishonestly claiming more than £8,000 in expenses. He is awaiting sentencing.